Anne-Therese Guerin was born in a small village on the sea, the northern coast of Brittany, France, named Etable-sur-Mer. The village’s life revolved around the sea, and from her house, the young Anne-Therese could easily walk to the cliff overlooking the bay and then climb down the rocky hill to walk along the shell-filled beach. From there, she could have walked back up the cliff, past the family home, and just a few blocks to the Church of Our Lady of the Assumption at the very center of the village. It was in that church that she had been baptized, made her first communion, and prayed countless times. It is an old church, with foundations in the 12th century. Today, it is one of six church buildings that are part of a linked parish community, with Mass rotating among the six local villages. 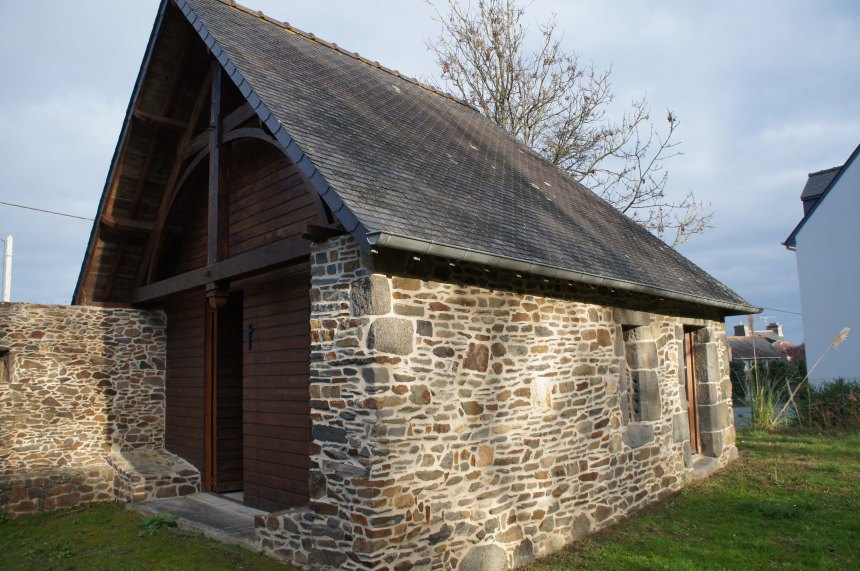 Our pilgrim journey today took us to the birthplace of Anne-Therese Guerin – later Sister St. Theodore – later Mother Theodore – and now St. Theodora Guerin. The foundations of the house have been preserved through the last two-hundred years, and significant renovations around the time of Mother Theodore’s canonization have resulted in the creation of a shrine and place of prayer tucked in between neighboring homes in the still- vibrant vilage. Sr. Annick, SP, a Sister of Providence ministering in a nearby town, met us there to show us the shrine and accompany us in prayer. Our overall impression of the place was one of peace – a quiet shrine in a sleepy village, with birds singing in the background and the faraway sound of the waves of the sea. There are signs guiding people to the shrine from the middle of town – clearly the people of Etables are proud of their native Saint.

We then visited the village church and celebrated Mass in the place that had so often seen young Anne-Therese Guerin and her family at prayer. A walk along the seaside cliffs and a rocky beach gave us further impressions of the character of the home-town of a French Saint who came to call Indiana home. 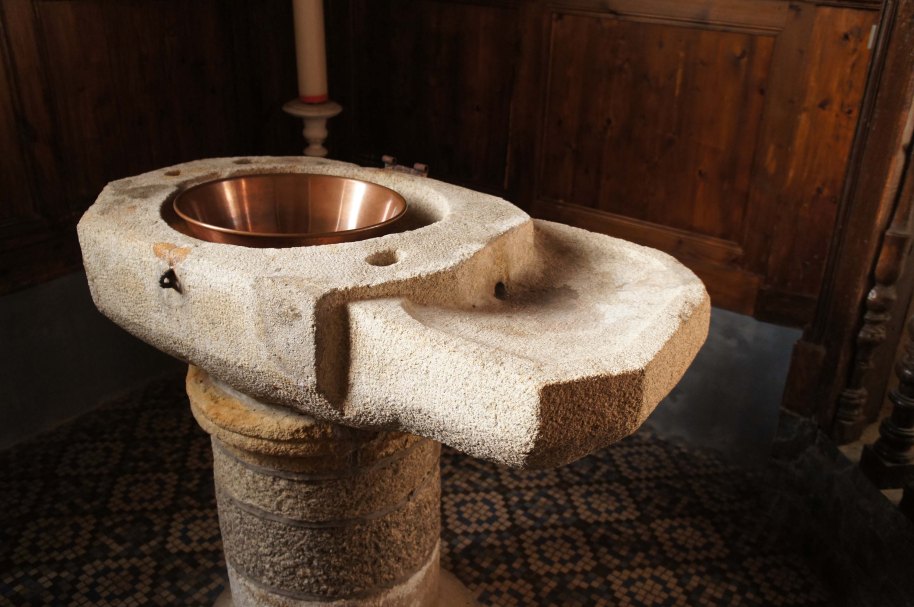 Baptismal Font at parish church in Etables-sur-Mer where Anne-Therese Guerin was baptized.

In our time in France, we have repeatedly been struck by the wonders of the Providential hand of God. To think that a woman born in a small village in northern France in the years following the French Revolution would make her way to Indiana in the United States where she would begin a religious community whose members educated each of the three of us priests who today visited her birthplace –  we can only be grateful for God’s providence and guiding hand. As we bid farewell earlier this week to Sr. Martine, SP, the Superior General of the Sisters of Providence of Ruille, France, we thanked her for her generous time in showing us the community’s motherhouse. She said that when you are so full of something you love, you have to share it with others. Such is the witness of holy people like Mother Theodore. Such is the witness of people like Sr. Martine. Such is the life that we all strive for as disciples of Jesus Christ.